Yankton, South Dakota, is especially devoted to being a welcoming place to families, students and all who come to town.

Yankton was rated one of the top places to live in South Dakota by onlyinyourstate.com. According to thecrazytourist.com, "Local people note that it is the geography and the history that first drew them to Yankton, but it is the homely community feel that made them stay."

Campus is less than 5 miles away from Lewis and Clark Recreation Area and Lake Yankton, where outdoor activities in the summer include boating, swimming, hiking the trails and camping, and winter sports include snowshoeing and sledding.

Are you ready to explore? 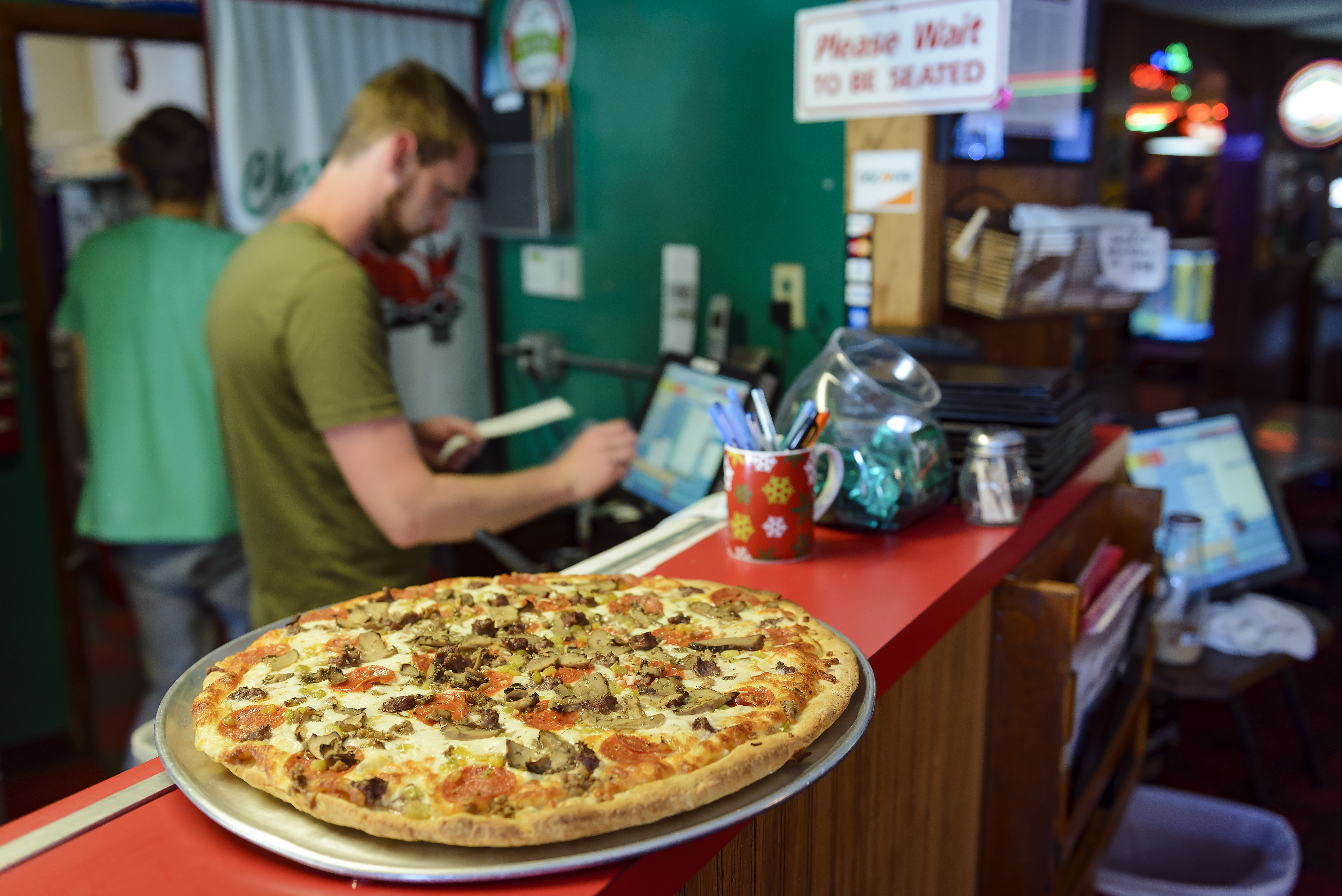 Yankton has a community theater, miles of urban hiking and biking paths, street sculptures and fountains, shopping, history, culture and fun restaurants — including Charlie's (kitty-corner from campus), one of the oldest pizza joints with the tastiest offerings within 1,000 miles.

Long before this modern community was established, Native Americans enjoyed life in the cottonwood forest by the river. Our city’s very name, Yankton, means “End Village” in the Lakota language, indicating that this was the last camp on the Missouri River. The Lakota welcomed the explorers Lewis and Clark, who paddled through in 1804. Decades later came the steamboat captains, politicians, entrepreneurs, town builders, railroaders, farmers and immigrants. Yankton was founded in 1861, and President Abraham Lincoln soon proclaimed it the capital of the huge Dakota Territory. Governors and senators and other pioneers walked many of the same streets we travel today, occasionally in the shade of some of the very same old cottonwood trees.

Yankton, now a modern and thriving city of 15,000, still plays a major regional role in government, religion, education and healthcare. The Greater Yankton area features beautiful boulevards and public spaces, including Riverside Park, which lies on the old river port and now includes a classic baseball diamond—on which the MMU Lancers play home games—with a water view. Another local green space is known as “the duck park” because geese and mallards live year-round on a tiny lake near the university. Our campus is an 80-acre, tree-shaded hilltop with a blend of old and new architecture. It's unlike anything else you’ll find in the Great Plains. Hiking and biking trails wind around the town and lake and connect directly to campus.

The beautiful waters of Lewis & Clark Lake are just a few miles upstream from campus. Sailors, water skiers, swimmers, anglers and weekend sunbathers congregate there. The river stretch that runs from Yankton to Sioux City is also an amazing water corridor—one of the last wild, free-flowing stretches of the great Missouri where eagles fly and giant paddlefish swim, while the rest of us kayak, canoe and tube. The river—so natural and pristine that it has been declared a national park—borders the south side of our campus. Wild turkey, Canada geese, white-tailed deer and other winged and four-legged creatures of God sometimes wander up from the river valley for a look.

On average, there are 209 sunny days per year in Yankton, South Dakota. The July high is around 86 degrees. The January low is 10.

Yankton, South Dakota, gets 27 inches of rain per year. The US average is 39. Snowfall is 35 inches. The average US city gets 26 inches of snow per year. The number of days with any measurable precipitation is 51.

Yankton is home to two major hospitals, including Avera Sacred Heart, which is adjacent to the university complex. Yankton is also home to the Mickelson Center for the Neurosciences, a highly respected mental health facility. And the high-quality Yankton Medical Clinic with 40 top physicians is just across the street. The city also boasts a robust entrepreneurial and manufacturing sector. We create high-tech electronics, archery equipment (did you know that we are home to the National Field Archery Association?), construction equipment that can crush rocks and radio towers designed to look like pine trees.

Yankton is the hometown of legendary broadcaster and writer Tom Brokaw. Moreover, we launched the musical career of Lawrence Welk and countless other lesser-known but successful men and women.

We’re especially proud of the thousands of Mount Marty alums who came here to live and learn; some stayed for opportunities in the region, while others have achieved success in communities nationwide and around the world.  Read some of their stories.